It’s Auntie Friday and she wants to take you to the zoo.  Luckily, I got to tag along. Now, this is how a 20 month old takes on the zoo.

First of all, you wanted out of your stroller. So, it was time to zip up the jacket.  It was a little chilly.  And then… 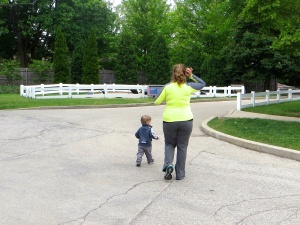 So you had to be corralled. 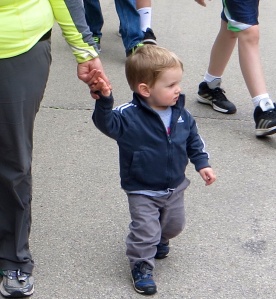 Man, you look so big!  When did that happen?

Now, the zoo is full of animals but, truthfully, you were more interested in walking and climbing and taking on that big steering wheel. 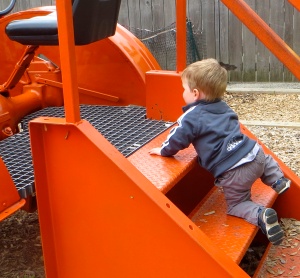 But, then there was a bird show and Auntie E knew that the show included an owl (hoo-hoo).  You would like that, right? 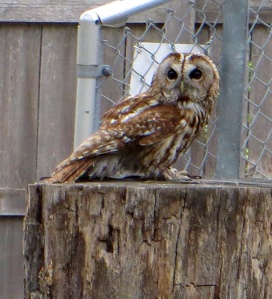 You did, indeed, like the owl but there were sooooo many other birds…I mean, the show lasted a whole 15 minutes!  Really?  That was way too long to sit. So, luckily, Auntie E had brought along a snack.  With a few small outbursts and consuming most of your lunch, you made it through the show.

Now, it was time to actually check out the big animals, but you were already getting tired.  Still, we tried. 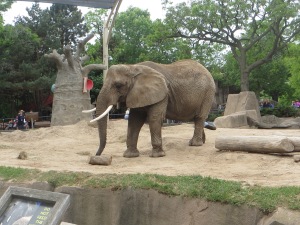 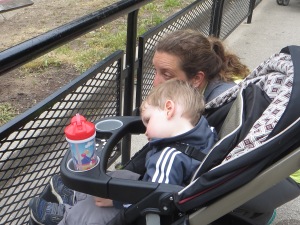 Partly, you were trying to see and partly you were more interested in sleeping. Still, we made it to the giraffes.

And that was that.  You were done.  It had been an hour after all!  Time to call it a day. 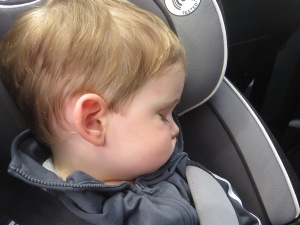 Maybe next time, we’ll actually make it into a building.  Oh little man, don’t grow up too fast.  We can take our time.

How I’ve Come To Teach My Inner Child

Be Open To Joy

The Reality of a "Plan"

I Want Them To Know Me!